The first domino has fallen! A Federal Judge has become the first to rule that Barack Obama’s illegal alien amnesty is unconstitutional!

This all started with an illegal alien named Elionardo Juarez-Escobar. He was caught on April 7, 2014 while operating a motor vehicle under the influence of alcohol. How drunk was he? Juarez-Escobar’s blood alcohol level was 0.180% — more than double the legal limit in Pennsylvania (0.08%). After his arrest, it was determined that Elionardo Juarez was deported previously in 2005 and had re-entered the United States illegally.

Well, U.S. District Court Judge Arthur J. Schwab for the Western District of Pennsylvania has ruled that not only does Obama’s amnesty not apply to this defendant, but the entire scheme is unconstitutional!

A Federal Judge has determined that Obama’s amnesty is unconstitutional! Demand that it be stopped immediately!

In his memorandum opinion, Judge Schwab lays it out: “The November 20, 2014 executive action on immigration is unconstitutional.”

Period. It doesn’t get much simpler than that.

The Judge goes on, explaining, “President Obama’s unilateral legislative action violates the separation of powers provided for in the Constitution as well as the Take Care Clause, and therefore, is unconstitutional.”

You don’t need to be an expert on the judiciary to understand that this is a stunning rebuke to Obama’s amnesty. In a few sentences, this judge has completely derailed the President and Democrats’ amnesty scheme.

Make no mistake: this is the first of what will be many court cases surrounding Obama’s amnesty and there are plenty of opportunities for other courts to rule differently. But the fact that one judge would go out and declare the President’s executive action unconstitutional is an excellent first step!

What really makes this an excellent ruling is how the judge explains his reasoning.

“President Obama contended that although legislation is the most appropriate course of action to solve the immigration debate, his Executive Action was necessary because of Congress’s failure to pass legislation, acceptable to him, in this regard,” wrote Judge Schwab. “This proposition is arbitrary and does not negate the requirement that the November 20, 2014 Executive Action be lawfully within the President’s executive authority. It is not…”

And then the judge said something that will stick with me for a while: “The Court is bound to ensure that the Constitution’s structural safeguards are preserved.”

Do you know why that is such an awesome sentence? Because far too often, we deal with politicians who are more interested in furthering their careers than defending the Republic. And far too often they are allowed to get away with it!

This is the first of what will be many court challenges to Obama’s lawlessness. But we cannot afford to wait for more cases to make their way through the courts. Nor can we sit back and hope that other judges will have as much common sense as Judge Schwab.

This is why we cannot afford to give up the fight!

This doesn’t happen everyday. You won’t see judges declare the President’s actions to be unconstitutional very often… But this is one of those where you can probably expect unanimity.

The President DOESN’T have the authority to just rewrite the laws however he wants and Judge Schwab’s opinion explains that perfectly.

Now it is up to YOU to make sure that Congress does something about it! Defund, impeach, or all of the above… This lawlessness cannot be allowed to stand!

Barack Obama’s amnesty executive action has been declared unconstitutional! Click here to do something about it! 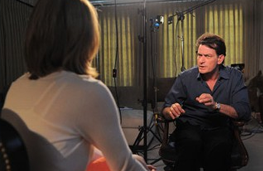